What is good communication procedure and is 50-50 right to access applicable? Interview with attorney Kardo Karon 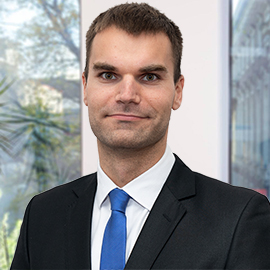 Kardo Karon, attorney at the Law Firm LINDEBERG, is specialised in family conciliation. Family conciliation is important for avoiding costly litigation, both in terms of time and finances, whereas the best interests of the children are the priority also during this process.

You have stated that the main issues in family conciliation are custody of children and right to access, alimony payments, place of residence and daily living arrangements – training and hobbies. In which cases is your job easier and when is it very difficult?

In family law matters, the possibility of a successful settlement often falls on how parents treat each other and how well they can control their emotions. The more emotionally and personally parents handle the situation, the more difficult it is to reach an agreement. The motto and goal of each parent in a family dispute should be that each decision is based on what is best for the child. Unfortunately, there are cases where parents forget the child as the most important party and have a hard battle with each other. If parents are able to remain calm, prioritize the child’s interests and understand the other parent, they are most likely to reach an out-of-court settlement.

How often do you see divorcing families where the father disagrees that the children would stay with the mother?

This is a growing trend and such cases occur more and more often. What certainly plays a role in the father’s demand is the workload of the parties and how busy they are with their work, hobbies and new partner, but also how strong the negative emotions are about each other. In general, if father has a very close relationship with the children as well as the time and financial resources to take care of the children, then it is highly possible that the father wants to live with the children. Unfortunately, there is also a possibility that children are demanded to stay with one parent due to a very negative attitude towards the other parent who is considered not to be suitable for raising children.

How can you identify with each family the good communication procedure for their children?

Unfortunately, there is no definite formula that works every time. Each dispute is very individual and handled case-by-case. It is certainly decisive how close the child was to the mother and father before the problematic situation, and also the child’s own desire for how much time to spend with both parents is considered. The best communication procedure for the child definitely depends on the quality of the time spent with both parents. Active and developing activities with the child outweigh being with the child and watching TV.

Is the 50-50 right to access applicable and safe for children? How often do you reach such a settlement?

The 50-50 right to access is becoming more and more often an option in case of parent’s separation. It is applicable and should not harm the child if the daily routine is similar at both parents. As a rule, presumption for such an arrangement is that parents get along rather well, they support the child as well as each other. The nearby living arrangements of parents are also a facilitating factor since the success of a 50-50 right to access is also based on the fact that the child’s daily life and logistics do not change much. If all the above conditions are met, there is a good chance to agree on 50-50 communication procedures.

Why do families still go to court to divorce and argue over custody of children instead of family conciliation or reaching an agreement at home? Do both think that they will get their right in court, even though the judgment will also be a compromise?

The main reason for going to court in family law matters is still the quarrel between the parents where an out-of-court solution is no longer possible due to the strong negative emotions about each other. Usually, they have reached a situation where at least one parent has forgotten the best interests of the child and only sees that the other party is evil and wants to harm the other parent as much as possible through the child. The prevailing opinion is that the more emotionally you curse the other parent, the more likely the court will make an appropriate decision. In addition, there is often a belief that if no one else understands me, the court would finally realize that I am actually right.