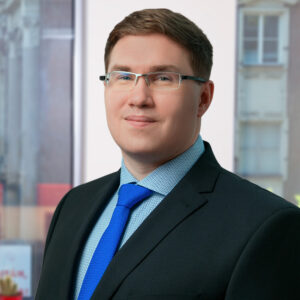 For example, the Estonian Supreme Court has stated in the judgment made in case No. 3-2-1-109-14 that the mere fact of cohabitation does not give grounds to consider such relations as obligations within the meaning of the Law of Obligations Act. Also, the fact that their relationship may be similar in content to a marital relationship (common household, children, cohabitation) cannot grant rights and impose obligations on individuals based on the FLA. This, in turn, means that if the parties separate and do not have a corresponding registered relationship or contract, there will be no division of property, claims or advantages in use. The question is what actually can be done?

In the absence of an express agreement between the parties which gives rise to any claim, it is possible to apply the regulation of a partnership agreement to an extramarital cohabitation, which also provides at least partial protection for an unregistered partnership.

Nature of the partnership agreement

Pursuant to Art 580 (1) of the Law of Obligations Act (LOA), two or more persons (partners) under a partnership agreement undertake to act in order to achieve a common goal, contributing to it in the manner specified in the agreement, in particular by making contributions.

The identification of the purpose is the main precondition for assessing whether there is a partnership agreement between the parties within the meaning of Art 580 (1) of the LOA. The mere fact that there is no common interest or agreement on the fixed amount of the parties’ contributions, the term for making contributions, the organization of the management of the partnership, the distribution of profits or the reporting requirements does not preclude the conclusion of a partnership agreement.

The partnership is characterized by coordinated activities and contributions of the partners. Contributions may be made in cash, in the provision of services or in the availability of assets.

Termination of cohabitation or partnership

Such liquidation and division may also be achieved out of court but if the settlement is not possible, an action must be brought in court.

Joint ownership is divided in accordance with the agreement of the co-owners (partners) and only in the manner requested by the parties in court. For example, the circuit court has stated in its judgment in case No. 2-18-2846 that the court cannot satisfy the chosen method of division if the other party opposes it or if such division would be unreasonable. In such case, the court may propose its own methods of division.

In conclusion, it is important to insure yourself earlier in order to avoid unpleasant surprises at the end of the cohabitation. The best option is to conclude an agreement that explicitly states the rights and obligations of the parties. This is especially the case if it is intended to acquire a high-value property during the cohabitation (e.g. real estate, apartment ownership, company). In addition, it must be ensured that all the formal requirements for the contract have been complied with in order for the contract to be valid.

In the case of unregistered cohabitation, it is reasonable to refrain from making large joint purchases. If such purchases are made, lawyers should be consulted in advance so that all oral agreements between the partners are valid and verifiable at the end of the cohabitation.

This article is part of an internship programme of the Law Firm LINDEBERG, which aims to give trainees the opportunity to write their first legal opinion under the supervision of a lawyer.